Tea dust collection solutions of various kinds are available from CFW, including cyclones, filter-type units and reverse pulse systems. CFW also designs, manufactures and installs related equipment such as fans and blowers, rotary airlocks and ductwork, and is thus able to offer turnkey systems that are tailor-made for particular needs. 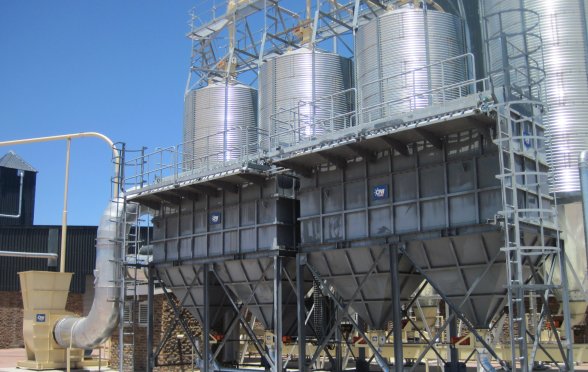 Tea is a highly friable material, apt to degrade into fines when handled. These fines are light and have a low density, and can therefore easily become airborne. The highest concentrations of tea dust are present during blending, packaging, clean-up and blow-down operations. It is also produced in drying chambers.

While tea dust is mostly considered a nuisance dust, long-term exposure has nonetheless been found to cause respiratory problems in some persons, and skin sensitivity has also been known. The health hazard of inhaling tea dust depends on the work being done. Early stage tea production processes such as ball-rolling produce relatively fine dusts which are more harmful, but late stage processes such as blending and packaging are more likely to involve dusts that also contain fungal particles.

Tea dust is also combustible. While tests indicate that its explosive force is relatively weak, it has the potential to cause explosions in bins and dust collection systems. There is also the possibility of accidents because blending and packaging frequently leave accumulations of dust that can cause slippage.

The most common technology for dust collection in drying chambers is the cyclone. Dust collectors take in air laden with dust from the dryer using a centrifugal exhaust fan. After being separated by a cyclone, the dust can be returned to a subsequent drying zone for redrying. Fabric filter type collectors (baghouses) of various types, including reverse pulse-jet baghouses, are also used during tea production.