CFW is a respected name in air technology. We provide many kinds of rigorously tested and robust products for drying and temperature and humidity control in industrial production processes.

Dry pet food has its moisture content reduced to 6%-15% in dryers in order to render it shelf stable and to reduce its susceptibility to pathogens and mildew. Semi-moist foods with a somewhat higher moisture content of 20-30% are much more susceptible to fungi and bacteria, and can also lose their texture and integrity by drying out. 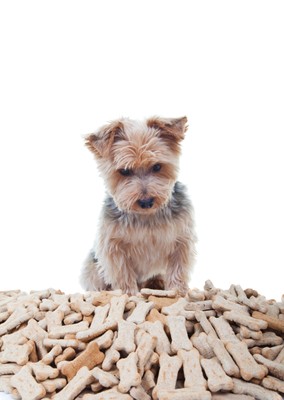 In South Africa, inadequate drying in the centre of pellets is a problem that many smaller manufacturers have. A hot-air circulating drier or oven is typically used to dry pet food, but products can also benefit from subsequently undergoing cooling to further remove moisture, crumbs or particles. Evenness of drying is a further important consideration in selecting drying equipment.

Diets containing large amounts of fresh meat are particularly difficult to dry. The meat contains significant moisture, resulting in a significant risk of deformation because of the soft texture of the extruded pellets or kibbles. The undenatured and functional proteins in the meat tend to retain moisture, requiring long drying times.

Using a predryer with a shallow bed to reduce the moisture in the product helps to prevent this problem. The shallowness of the layer means that the possibility of deformation or clumping from the weight of the top pellets is minimised. However, a large, relatively costly is needed to ensure a consistently shallow depth throughout predrying.

After predrying until the surface is at so-called “rubbery region”, more traditional drying processes can be used to render the food shelf-stable. This drying typically involves heating air which then draws moisture out of the pellet. Free-flowing and mostly undeformed dry pet food can be produced in this way.

There are two kinds of dryers commonly used in pet food processing. The first is the horizontal fluidized bed dryer. This is a long, oblong unit consisting of a slow, perforated conveyor belt with a swing-feeder inlet on one side and an exit on the other. These machines may be single pass, in which case the product moves through the machine only once, or multiple pass, meaning that the product moves through and drops to a second level, moving back the same way and then exiting.

Vertical bed dryers have several decks or layers. The product enters at the top level and then drops from one level to another. All or some of the product can be discharged to a lower level of the dryer in a controlled way, so that the drying profile can be varied. This permits considerable flexibility, so that a differentiated product line can be produced.

Drying depends on the temperatures, humidity and retention times of various dryer zones as well as bed depth. The bed depth should be as even as possible and is generally kept to about 30 cm or less. The conveyor length needs to be long enough for thorough drying, and possibly cooling as well.

Excessively hot initial zones lead to ‘case hardening’, where the outer layer of the product dries out and hardens, preventing further drying by sealing in internal moisture. The movement of moisture through the surface can also cause microscopic fissures that make the pellets susceptible to breaking and fine formation.

It is then cooled before packaging. Inadequately cooled pet food may cause condensation inside packaging, which increases the risk of microbial and fungal growth. Cooling equipment may be included in the main dryer unit because it reduces the capital cost of purchasing the equipment. One cooling method is to use centrifugal fans to draw out the hot air. This can be recovered and redistributed it as make-up air to the dryer to increase efficiency and save energy.

With two passes, dryer retention times may be about 15 minutes for drying and a further seven to cool.