CFW specialises in air technologies. We have undertaken numerous drying projects in the field of agriculture, supplying forced-air dryers, drying ovens and dehumidifiers according to customer specifications. CFW’s engineers can assess clients’ needs and design custom solutions accordingly for a more reliable, durable and cost-effective drying solution. A range of fans, spare parts, and accessories is also available. 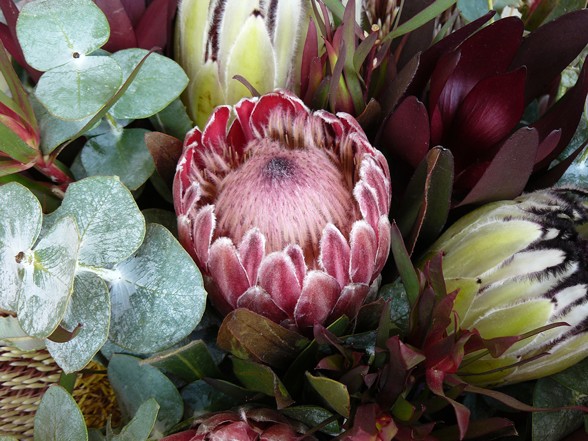 Many fynbos plants can be dried, considerably extending their life. Ornamental fynbos that can be dried includes most proteas, as well as Leucadendron cones. The fact that dried proteas retain their shape enhances their value as a viable commercial flower plant, and a substantial proportion of production consists of dried cut flowers for export. Large fluctuations in market demand occur as fashions change in South Africa and overseas, leading to annual changes in the choice of species. Peak demand is seasonal, but reliable.

Various air drying techniques, such as forced-air drying and dehumidification, can be used to speed up the drying process. A common technique for small-scale operations is to dry flowers in dark rooms with fans to circulate the air over the flowers. Darkness helps to preserve the colour, which normally lightens considerably. Faster drying through the use of fans and desiccant dehumidifiers also contributes to preserving colour, reduces the risk of damage from microorganisms and fungi, and makes it possible to put the product on the market sooner.

Larger operations use industrial dryers, often similar to those used for grain drying, to dehydrate both ordinary dried flowers and for flowers preserved with glycerine, sometimes twice if the flowers are treated to colour them. The dryers are temperature-controlled to maintain temperatures of about 15-24 °C, with fans or to remove air moisture. To ensure even temperatures and prevent deformation and product losses, the air circulation must be as even as possible. Fan selection and sizing undertaken by drying professionals has the best chance of creating the optimal drying environment.